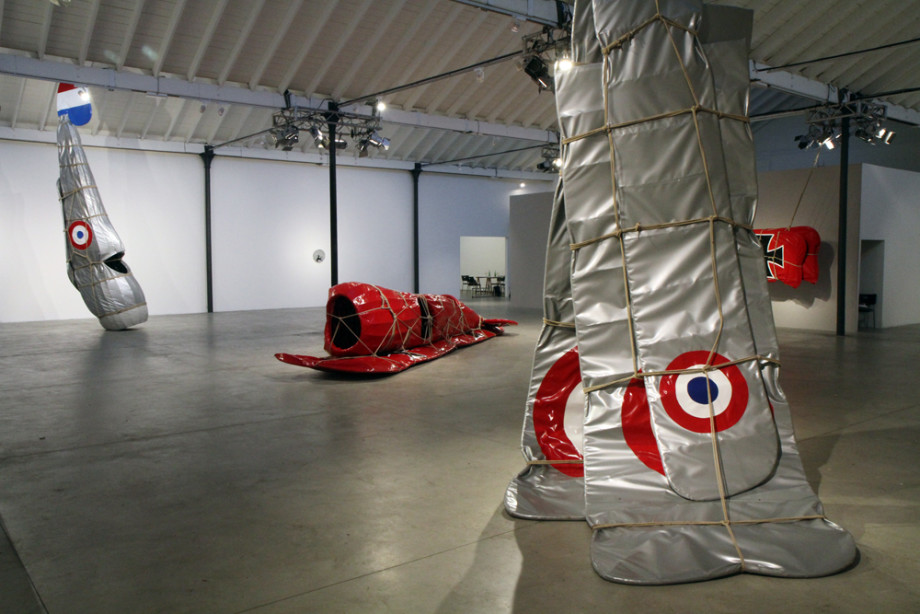 Solo at Gallery Spazioborgogno, Milano (IT)

(For Dutch scroll down)

‘The water defence forts were unceremoniously shoved aside by the invention of the aeroplane,’ says Wouter Klein Velderman. ‘With this work, the fort is once again the boss- or at least for as long as the planes are bound.’ Velderman’s ‘bondage planes’ put an absurdist twist on an historical fact.

On the island fortress waterfront, colourful stacks of shapes, helplessly tied up using Japanese bondage techniques, hang on three trees. One wants to loosen them, liberate them. If you did, you would see that these forms are actually made up of three simple building kits. Klein Velderman gave the outside of the planes the appearance of three small fighter jets: the English Bristol type, the Dutch Fokker Dr. 1 and the French Nieuport model - all aircraft developed around World War I, shortly before the Stelling van Amsterdam (Defence Line of Amsterdam) was nearing completion.

‘I think it’s going to look violent,’ says Klein Velderman. ‘But I will stick to the standard shapes and colours of the original aeroplanes. In real life, they too had a fresh and nearly toy-like appearance. As befits a good game, however, looks can be deceiving.’ (SB) 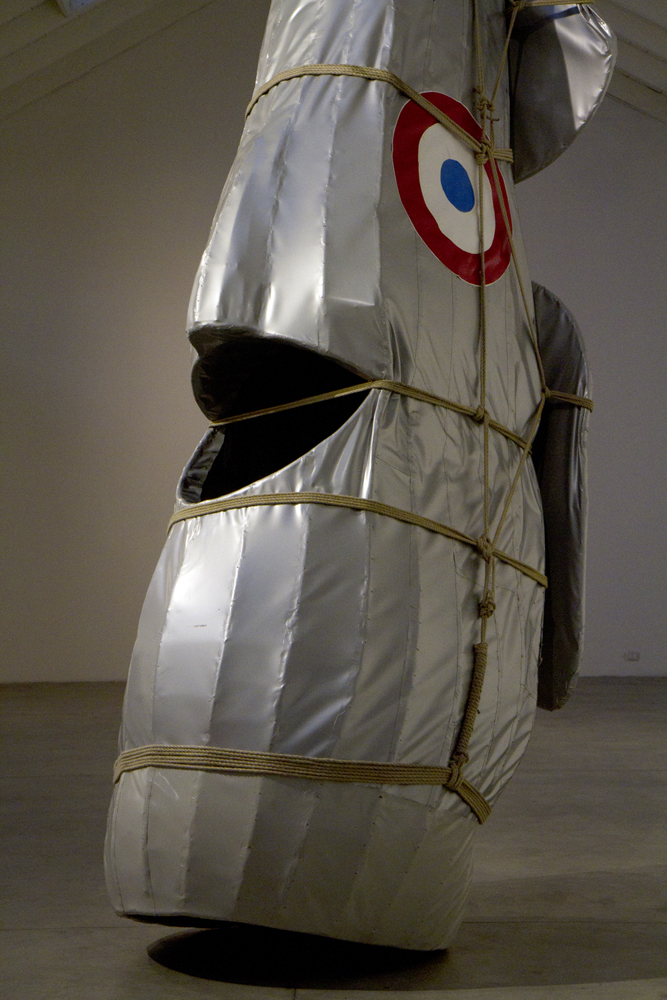 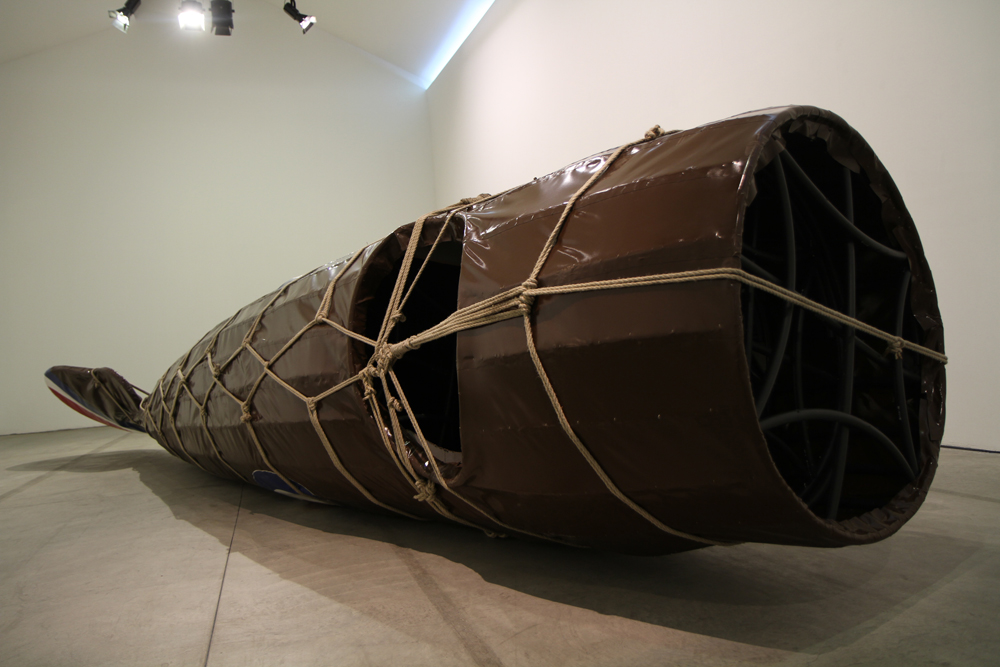 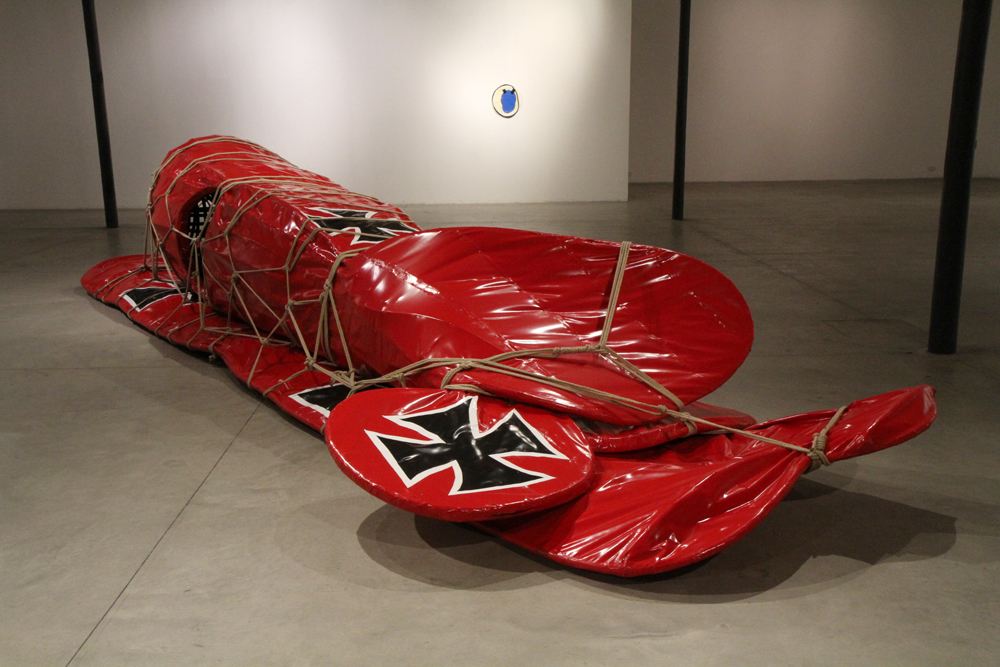 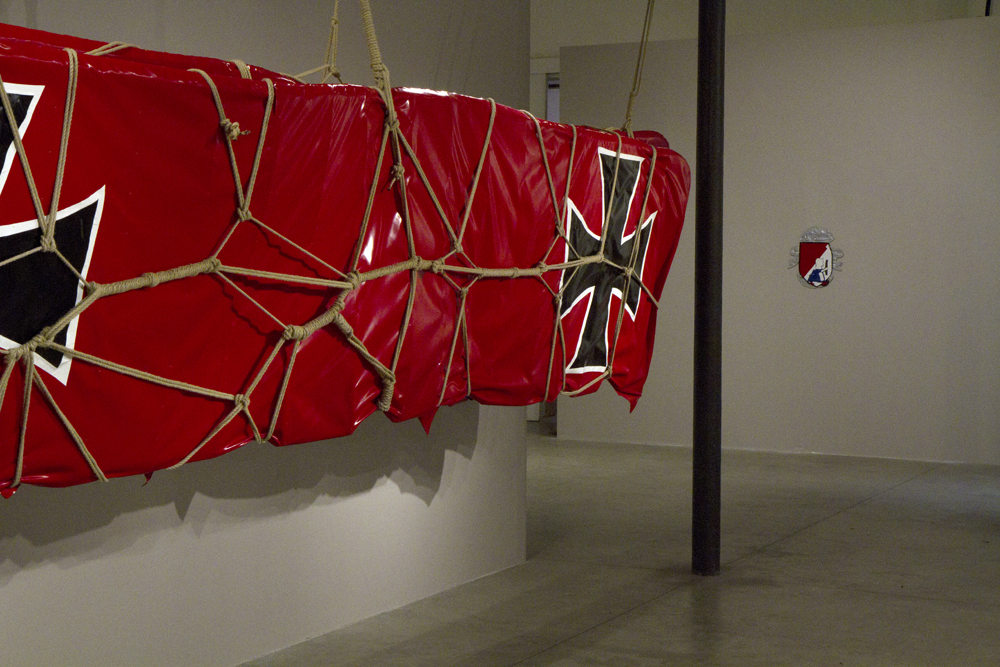 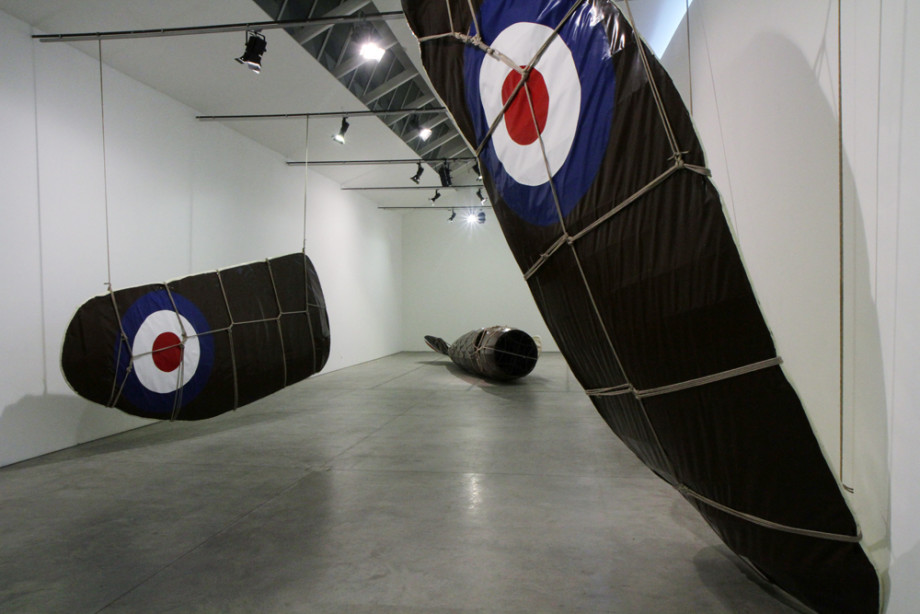 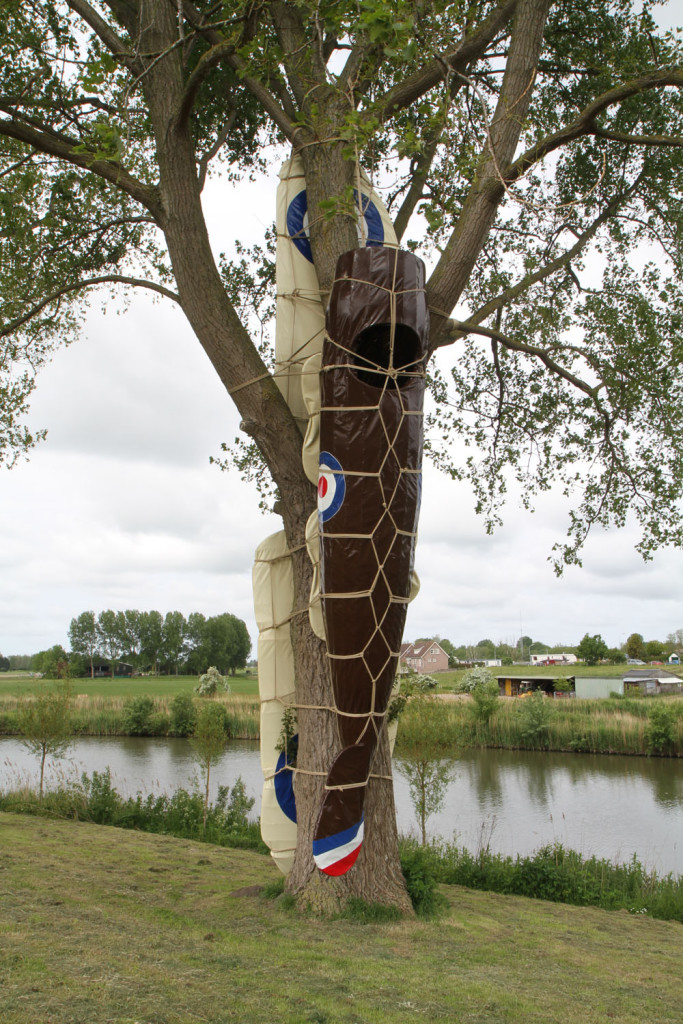 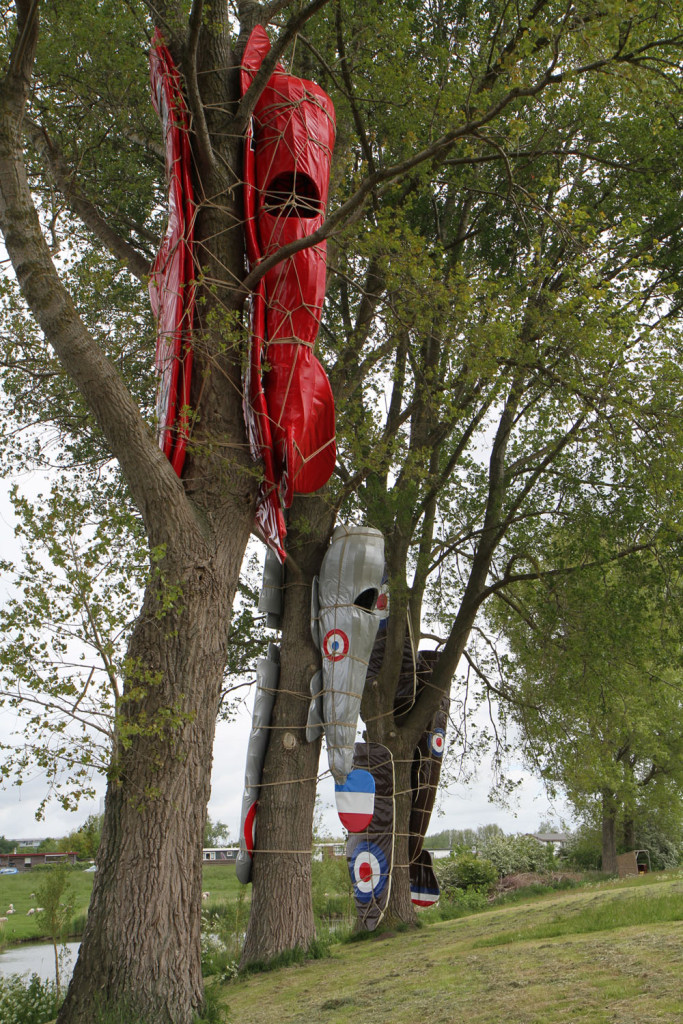 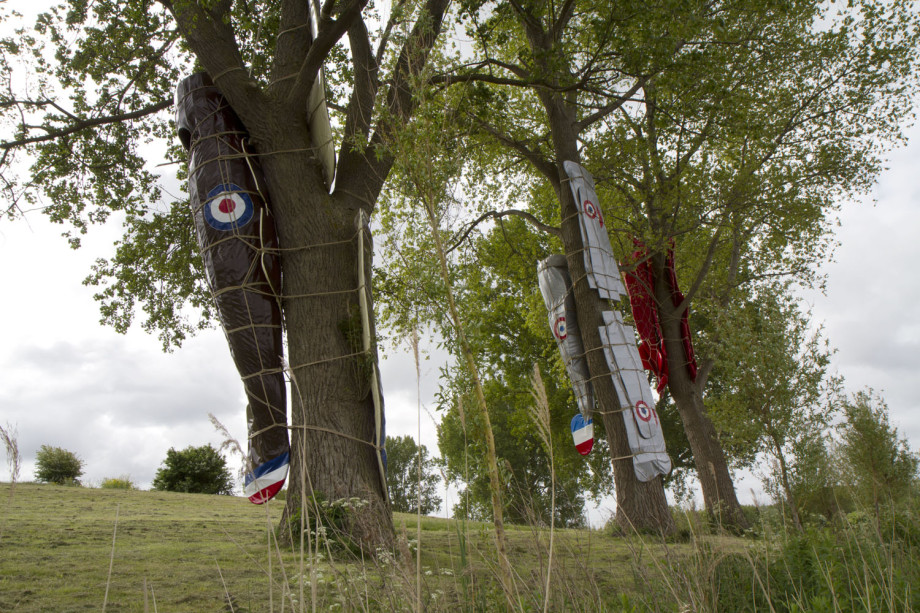 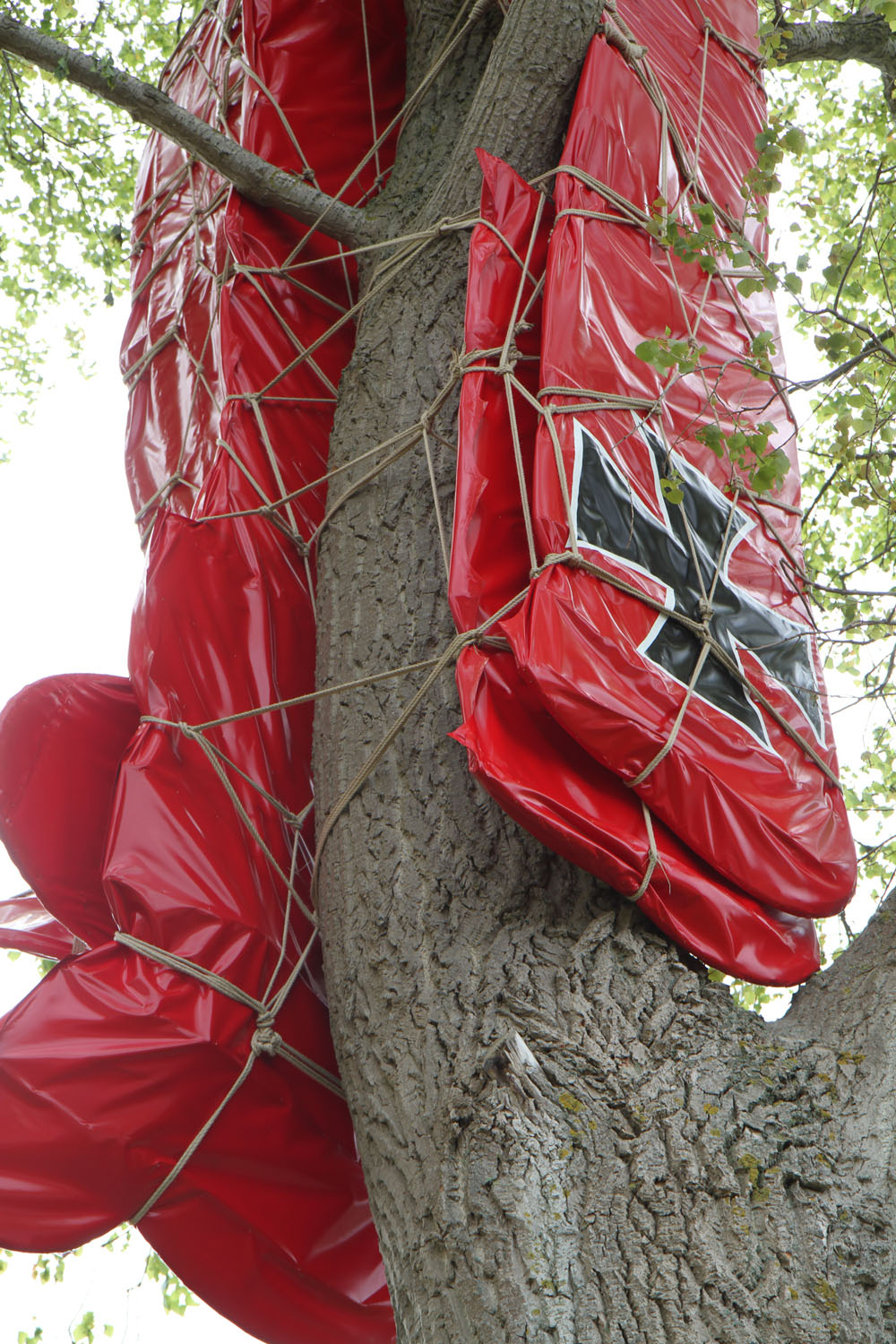 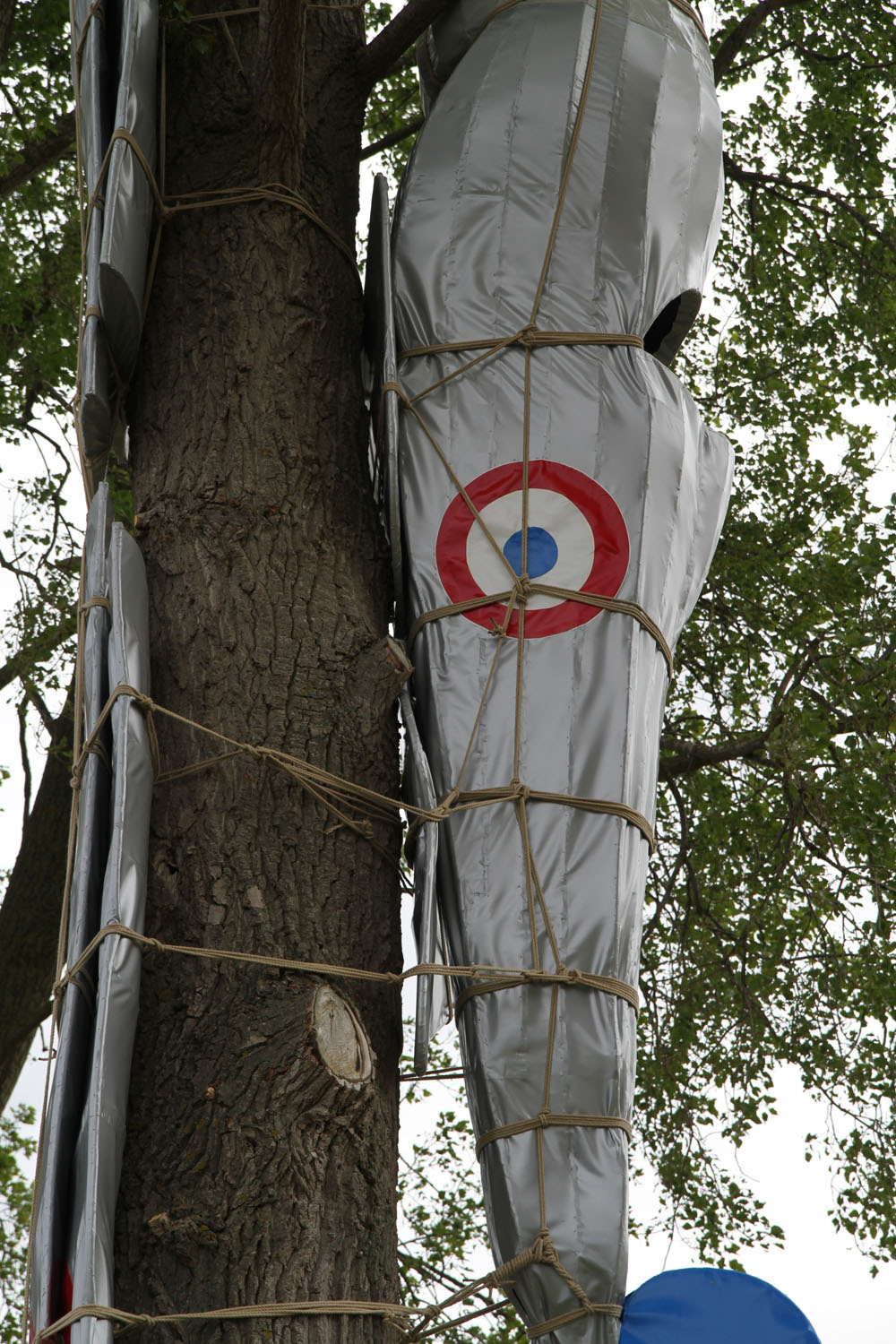 Gimme Shelter and Revolting Mass are made possible with the support of: